Once upon a time in a continent far away there was a semi-mystical place called the South Pole of Planet Earth. For many years this had been the goal of many explorers of the planet and great was the kudos to be gained by anyone reaching it by whatever means.

Eventually it was reached by the Norwegian Amundsen, and his conrades, travelling by dog-sledges but within days they were followed by the Briton Captain Robert Falcon Scott and his team who were man-handling sledges, but also he and his team of 4 others all perished of cold & starvation not far from the place near to where the New Zealanders now have their Scott Base. 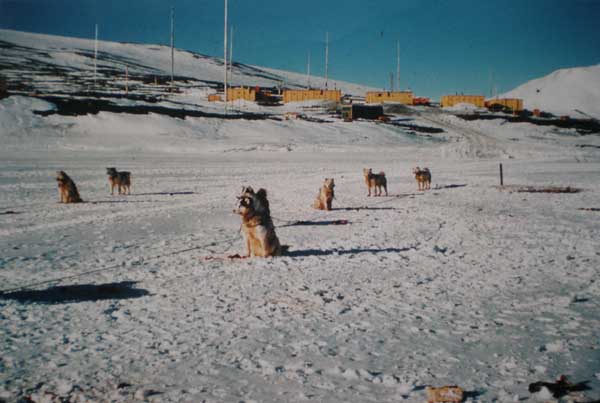 As a young boy of about 10 I remember reading about this great British epic journey in a “Boys Own Paper” which was a weekly of the kind which does not appear now. This around say, 1934, was publishing “South with Scott” in serial form which, with fine line illustrations, evoked the magnificent tradgedy of the explorers Scott, Wilson, Oates, Bowers & Evans. They died of hard work, cold & starvation. The final remaining three men were just a few kilometers from a depot of food & fuel which was, in modern terms, hardly any distance from their bases on Ross Island which is where lies the modern Scott Base of New Zealand. You must remember they were man-handling sledges. Scott’s pony’s having proved to be real “white elephants” in the extreme cold of Antarctica.

This marked the start of the modern age of polar exploration which produced flights in the recently invented aeroplane – airplane to Americans – to the N.pole and by Byrd, an American, over Antarctica.It was a time for all sorts of semi-crazy but noble ideas. One was Shackelton’s Trans-Antarctic attempt which ended up with his party getting to 11 miles of the Pole and with his epic open-boat sea journey from Elephant Island to South Georgia in mid-winter. This was at the time of the first World-War. Because they had no very effective wireless in those early days their plight was quite unknown to the outside world. If you haven’t read accounts of this incredible boat journey please do so because it is considered by many to be a much more arduous journey than Bligh’s open boat jaunt across the Pacific, though the latter was longer. But Shackelton, unlike Scott, lost no lives except one man’s pet cat and that is another story worth telling.

A trans-antarctic crossing was actually achieved many years later by Sir Vivian Fuchs which will be related much later in this blog when the Hillary-Fuchs expeditions are discussed. 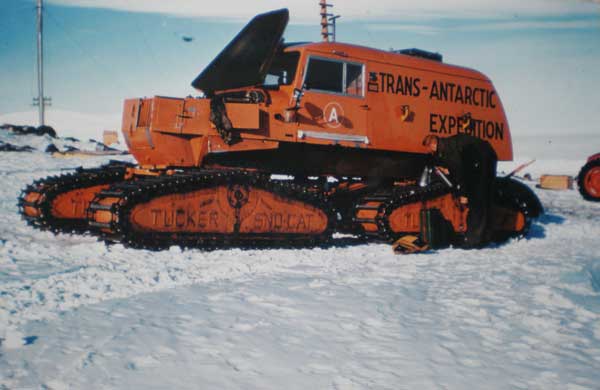 One of Fuchs’ snow cats after arrival at Scott Base 1958